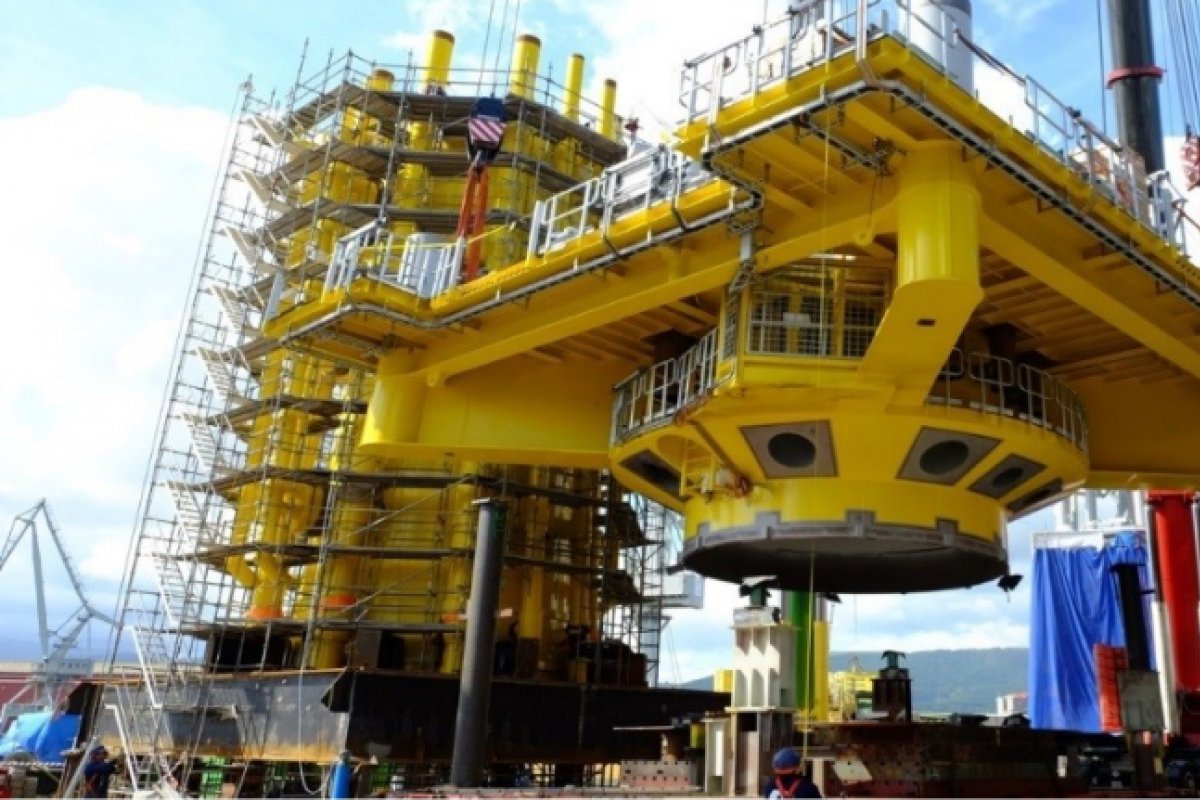 Keep up to date with our latest news.

The second Consortium Meeting was held on 4th December at the headquarters of SENER in Getxo (Bizkaia) with the aim of continuing to promote the collaborative research and development of technologies and solutions for offshore wind power structures, towers and auxiliary systems for the new generation of high power wind turbines (10 MW+). The project has a budget of €5.3M for the 2019-2021 period and is funded by the Basque Government's Hazitek Programme, with the support of the European Regional Development Fund.

Wind turbines the same size as the Eiffel Tower

The wind power sector benefits from increased cost reductions as the wind turbines grow in size. In this respect, the offshore alternative does not have the logistical constraints implicit on land (with blade sizes that are practically impossible to transport by road) so manufacturers of wind turbines are immersed in a race to see who is capable of offering the market the marine turbine with the highest power.

Today, the leading manufacturers already have wind turbines such as the 9.5 MW V174 by MHI-VESTAS, the 10 MW SG 10.0 by Siemens Gamesa or even the Haliade X prototype by General Electric, which reaches 12 MW. To get a better idea, the latter is similar to the Eiffel Tower in height. What's more, the sector expects to reach powers of between 13 and 15 MW per machine by 2025.

This huge increase in power and size of the offshore wind turbines brings new challenges for the rest of the elements of the farms, in terms of the structural nature, such as the foundations (fixed or floating), the transition part and the tower, which are going to be subject to much higher loads, and the electrical equipment for power evacuation. Furthermore, all of this is in a harsh marine environment, with high corrosion levels.

The Basque wind power sector, which includes more than 100 companies and is one of the European references in this field, is directly affected by this tendency in many of the components and systems manufactured in the Basque Country.

In order to face this challenge, 10 Basque companies have decided to join forces in the SEAPOWER project to coordinate and look for synergies in the development of new offshore solutions. Moreover, it is expected that the project will also contribute to a better positioning of Basque industry so that it not only works under external specification by third parties, but so that it can add more value through integrated designs of solutions that incorporate its own innovation.

The project is led by the engineering firm, SENER, which will also coordinate activities related to the floating solution. The other leading Basque engineering firm, IDOM, will be responsible for the fixed solution, whilst two important companies in the manufacture of structures, HAIZEA WIND and NAVACEL, will lead the packages related to the XXL towers and the transition parts, respectively. The consortium is rounded off with ALKARGO, manufacturer of transformers; DITREL, developer of an innovative electrical connection concept at the base of the wind turbine; ERREKA, manufacturer of anchoring solutions for offshore wind power; JASO Tower Cranes, specialist in lifting systems; MUGAPE, expert in anti-corrosion surface coatings and NAUTILUS Floating Solutions, developer of its own floating platform concept. The consortium is also supported by two centres of the Basque Science, Technology and Innovation Network (RVCTI) -Tecnalia and Tekniker- as well as the Basque Energy Cluster.

One of the differential factors of SEAPOWER is that it is the first large scale collaboration in offshore wind power between the major Basque engineering firms and the leading manufacturers of structures and components. This relationship will enable the former to incorporate improvements in their proposals, whilst the latter will have direct access to the design fundamentals that will facilitate the conception, development and validation of new (and improved) solutions for the sector.

There are high expectations in terms of results. New numeric models that facilitate the definition of loads and the validation of designs integrated and innovative solutions for towers, transition parts, fixed and floating wind power substructures; a new generation of transformers and connectors for electrical evacuation at 66 kV; systems for access and elevation which can be integrated in the initial phases of the manufacture of large parts; and coatings for protection against impacts and biofouling appropriate for each structural element are just some of the solutions that aim to be developed within the framework of SEAPOWER. Not in vain, it is a question of sustaining the Eiffel Tower in the middle of the sea.